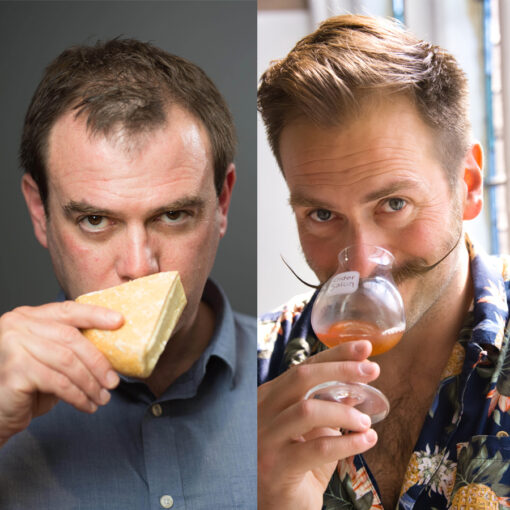 You know that slice of green apple you often see on the side of a Ploughman’s? It’s trying to tell you something. It’s trying to drop a fairly big hint that the pasture eaten by the cows that make the best cheese is often on the other side of a hedge from some of our finest cider orchards. In 2021 Ned Palmer, author of A Cheesemonger’s History of The British Isles and A Cheesemonger’s Compendium of British & Irish Cheese, wowed us with some pairings with British beers.  Now, he teams up with Gabe “The Ciderologist” Cook, author of Modern British Cider, to show us that cheese snuggles up with cider at least as well as it does with any other drink.