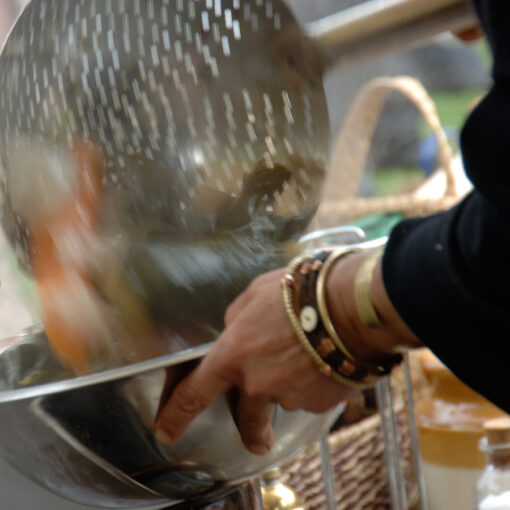 Post-war migrants from Britain’s former colonies have had the most transformative  impact on the eating out experience in Britain.  Chicken tikka masala is often cited as ‘Britain’s true national dish.’  Indian, Chinese and Bengali families have taken their food and their cooking to every corner of the British Isles. Yet this contribution is rarely discussed, and even more rarely credited. Here we try and put that right with some of those who have seen it from close up.

Angela Hui – Angela’s new book Takeaway, is her story of growing up behind the counter in her parents’ takeaway in South Wales. She is a freelance writer, currently Food and Drink Writer at Time Out in London

Cyrus Todiwala – Cyrus was born In Mumbai and trained at the prestigious Taj Hotels chain before coming to the UK in the early 90’s. On the strength of his reputation as a chef, he found backers to open his own restaurant Café Spice Namasté in 1995. He has become a legendary figure in UK Hospitality, not least, for his contribution to staff training, and was awarded an MBE in 2000 and an OBE 2010

Kasim Ali  – South Walian Kasim left his pharmacy business in 2008 to open his first Tearoom teahouse in Waterloo Gardens, Penylan, Cardiff. His vision was to transform tea-drinking in the same way as coffee had been transformed. way Aussies and Kiwis had transformed our approach to coffee. Waterloo Tea has now opened its fifth chef-led teahouse in the Cardiff and Vale of Glamorgan area and Kasim is increasingly involved in wholesaling tea.

Melissa Thompson – Of Jamaican and Maltese heritage, Melissa grew up in Dorset and worked as a journalist before gravitating towards food-writing. In 2021 she won the Guild Of Food Writers Food Writer of the Year Award and this year published her first book Motherland, an exploration of the history and culture that has shaped Jamaican cooking.