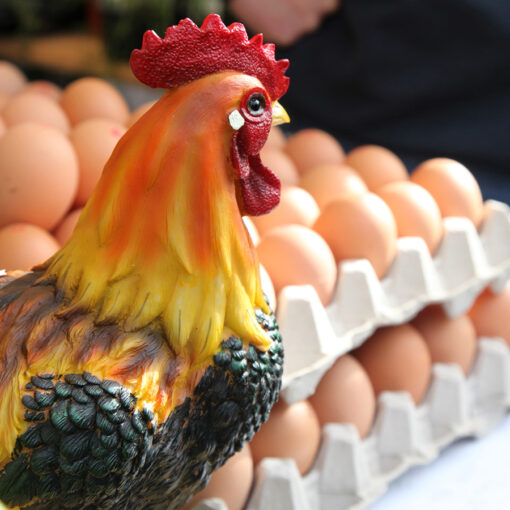 For some years we have heard about the external costs – the social and environmental damage – which need to be factored in to our so-called ‘cheap’  industrial food system.  But, with the rising cost of living,  the imperative to produce food sustainably is increasingly under pressure from the need to produce affordable food.  Are these objectives in conflict with one another?

Chair: Sarah Mukherjee–Sarah was for many years the BBC’s Environment Correspondent presenting on national and international television and radio news. She now heads up the Institute of Environmental Management and Assessment and sat on the National Food Strategy Advisory Panel.

Denise Bentley – After a career in banking and a near-fatal brain haemorrhage, Denise switched her focus to helping others. With her husband, she launched First Love Foundation. Their first project was to set up Tower Hamlets Foodbank but this soon morphed into a wider mission to tackle social injustice and the causes of poverty and deprivation. Denise sat on the National Food Strategy Panel, is a Food, Farming and Countryside Commissioner, and  an Independent Chair of the Bank of England’s Citizens Panel for Greater London.

Judith Batchelar  – Judith has worked in Food and Drink for thirty-five years. She is a former Director of Sainsbury’s Brand, responsible for the whole of the company’s product offer. She is currently a Non-Exec Director at the Environment Agency and a Commissioner on the Food, Farming and Countryside Commission.

Peter Fox – Peter is a livestock farmer, former Leader of Monmouthshire County Council and Shadow Finance Minister in the Welsh Senedd. Last year he brought forward a Member’s Bill to establish a more sustainable food system in Wales. The Bill had the support of the Senedd and Peter is now working on the details of a Welsh Food Bill.

Thomasina Miers– Sustainability is at the heart of everything Tommi does. She is a co-founder of Wahaca restaurants which now has 13 UK branches, and is the UK’s first Carbon Neutral Restaurant Group. With Tristram Stuart she launched The Pig Idea, a campaign to reduce foodwaste and she is a founder and  Trustee of Chefs in Schools, the charity which brings restaurant industry expertise to help train school chefs.