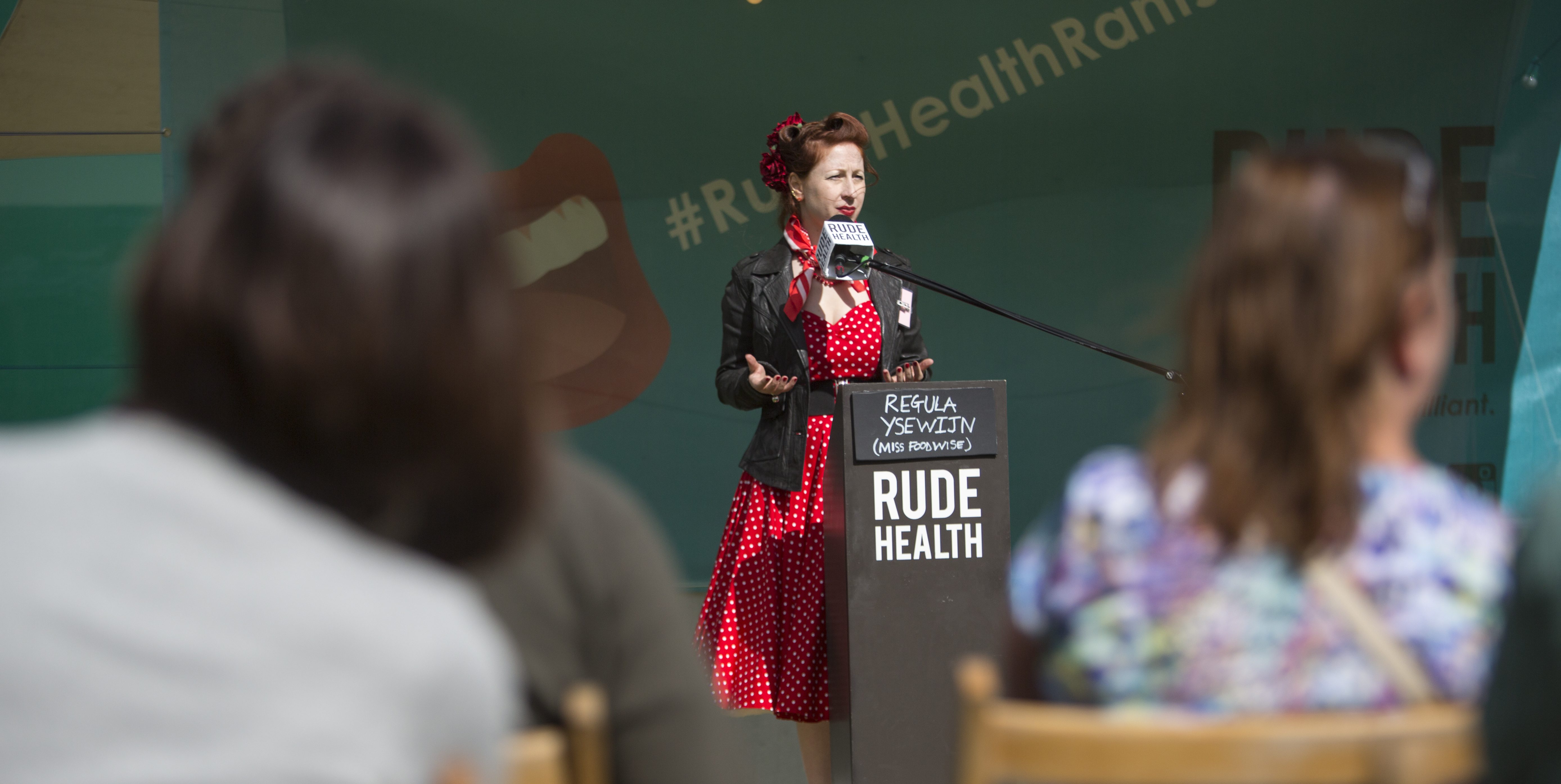 We’re thrilled to announce that the brilliant London-based healthy eating food and drinks company, Rude Health, are returning to the castle for the sixth year running with their popular segment, ‘Rants, Raves and Stories’.

Expect bitesize, witty and entertaining rants all about the latest fads in the industry. With everything from clean eating to supermarket sushi appearing as hot topics in previous years, there promises to be a whole variety of talking points in the firing line of this year’s line-up of chefs, food producers and writers.

Below is a taster of what you can expect, with highlights from some seasoned Rude Health ranters at last year’s Abergavenny Food Festival.

“There are medically diagnosed people and then there are those people who are just avoiding it because they heard it was better for you or because they had a friend that has lost.”

Nutritionist and coeliac, Naomi Devlin spills the hidden secrets of the ‘scariest aisle in the supermarket – the free from aisle’. In this clip, Naomi rants about how food found on these shelves tends to be highly processed and not the healthy option you think you’re buying into….

“Where would this country be on 14 units a week ladies and gentlemen?”

William Sitwell, editor of Waitrose Food magazine summarises his argument nicely – if we weren’t meant to get drunk then why do we have so many words for it?

“I’m not embarrassed about bringing a book out full of fat during a time when everyone’s all about clean eating. My beef with clean eating is that is used to be about common sense… but it’s become something that has created a new eating disorder”

Orthorexia, as Regula says, is a legitimate fear of eating ‘dirty’ food. As one of the latest fad diets amongst young people, Regula blames extreme forms of ‘clean eating’, such as completely excluding gluten and dairy, for a spike in eating disorders.

Abergavenny is… a poem from Rufus Carter

“Abergavenny is the view from the top of the blorenge, the only word that rhymes with… orange!”

And finally, in amongst all this ranting and raving are speakers like Rufus Carter and his love poems. Take a look at this brilliant ode to Abergavenny and a festival that’s about a lot more than just the food.

Rants, Raves and Stories will be held at the Castle during the day across the festival weekend.