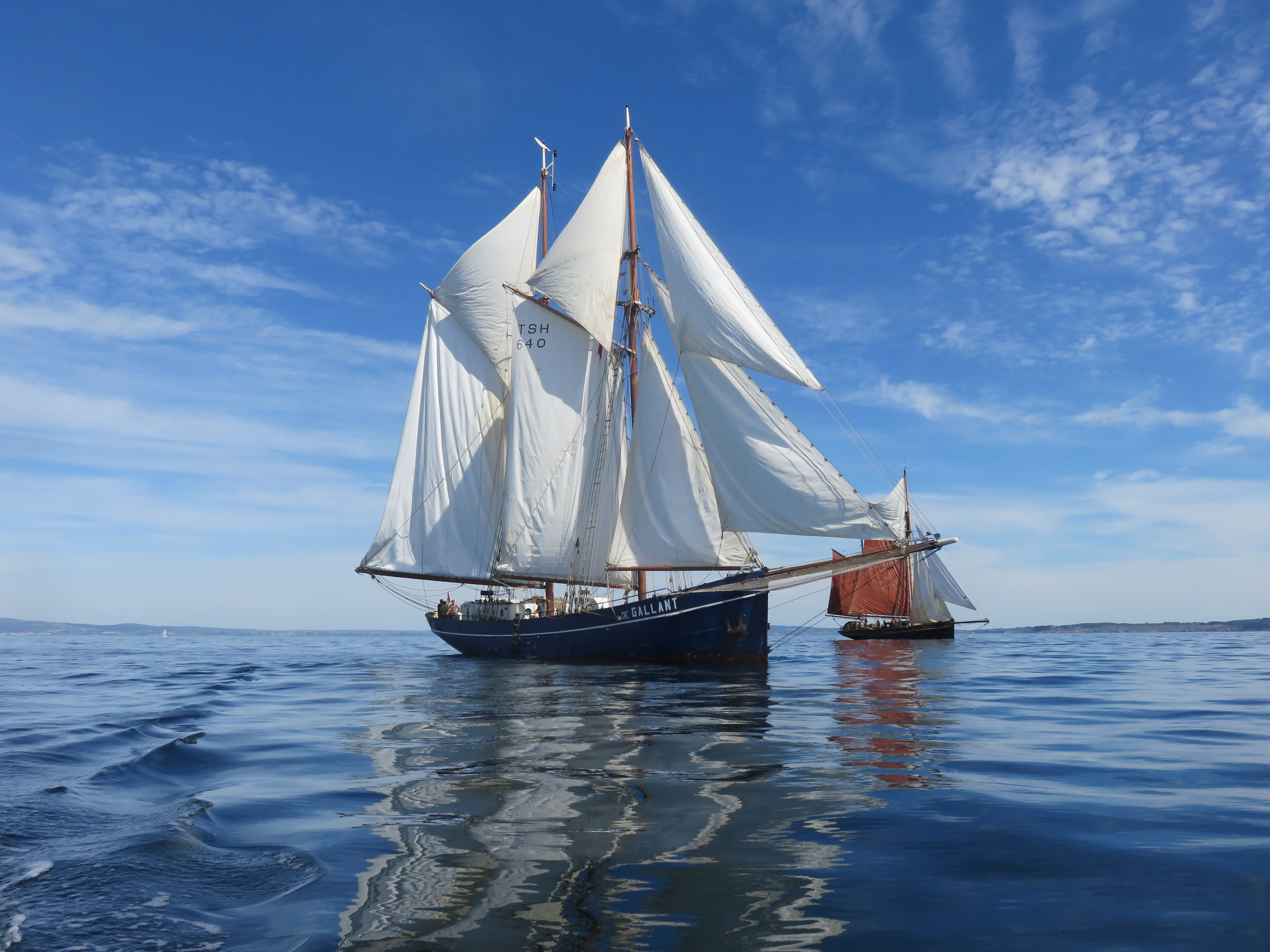 Have you ever wanted to be a pirate? At festival HQ we have a secret yearning to sail the seas with a band of hearties and a boat load of rum, so when we met Alexandra Geldenhuys from New Dawn Traders we were keen to hear all about it. Here, she tells us how she became a modern-day benevolent pirate, and what life is like carrying cargo from the Caribbean.

Adventures in Shipping – by Alexandra Geldenhuys

Five years ago I spent 8 months as a cook aboard a sailing ship, making breakfast, lunch, dinner and snacks for 15-20 hungry sailors, day-in, day-out, for 8 months. My previous experience was little more than a passion for cooking at home and occasionally for friends. Little prepared me for the first nights on board the ship, chopping onions in a storm, literally chained to the stove, making the most of the 20-minute lulls in seasickness I would have after each donation I made to the frothy sea. But this was no ordinary ship, and my devotion to it was for more than just some life-affirming (and occasionally threatening) adventure kicks.

I had already spent some years scheming for a sailing circus, a ship that would connect communities across oceans, carrying cargo with just the wind in its sails and the sweat of its sailors and building life-long friendships that defied borders. So it was really no surprise that it was love at first sight when I first met sailing cargo vessel ​Tres Hombres​ and jumped at the chance to sweat over its stove. The ship is 30m long, with a black hull and white sails, 4 of them square, it is a little scruffy round the edges but every detail on it has been handcrafted with care. It can carry 35 tons and when I first stepped on board it reeked of cocoa beans and rum.

The ship is now on its 13th Atlantic round-trip, carrying cargo from the Carribbean to Europe under sail. It is a pioneer of a small but growing movement for Sail Cargo and is one of the only ships in the network without an engine.

Since leaving that beloved galley, I have continued in service to sail-shipped cargo with my business ​New Dawn Traders​. I have found myself in the somewhat less glamorous world of supply-chain-logistics, connecting products to markets via the belly of these ships. This is not an easy thing to do at the best of times. “Shipping” is usually the least of the problems for a business. Though our ships and the farmers who produce our cargo might work with the planet and not against it, our economy doesn’t.

Did you know that ​90% of everything​, yes everything, has spent time on a container ship? The global economy is addicted to cheap international transport but it is cheap because it runs on the dirtiest of fossil-fuels, that are heavily subsidised for a shipping industry that is almost completely unregulated. This largely invisible industry has allowed for a rats nest of illogical trading relationships, all so that we can have whatever we want, from anywhere, at the lowest possible price, (for the maximum possible profit), today… and only at the cost of our shared home, this planet, and the future of life as we know it.

So I soon realised that there is hardly any point in retrofitting a sailing cargo vessel into a broken system, we must be part of making a new one. The healthiest systems, I know of, are built from the roots up, and I take inspiration from the profoundly common sense practices of permaculture and workers cooperatives most often found in small food farms. Working with these ships is an opportunity to follow the story of a product from soil to serving, unveiling the realities of our current ecologic and economic systems, and to build a meaningful and direct relationship with everyone along the way. In ​my utopia, 90% of our needs are met locally and those few essentials, that cannot be sourced from our bioregion, are delivered with the wind.

My first forays into this were with RUM, but of course, taking it from barrel to bottle to bar. I’m very proud of our beautiful bottles and we have just launched our 3rd edition of ​New Dawn Rum​ in collaboration with the East London Liquor Company. These are small batch productions of exceptional rums transported from the Canaries and the Caribbean aboard the Tres Hombres, then bottled locally in hand-made ceramic flagons.

My main focus now though, is building “Voyage Cooperatives” in Europe. In short it is a system much like a veg-box scheme, but for ships. You can pre-order your store cupboard staples online, which are then sail-shipped from the producers to a participating port where you can come and collect your goods direct from the ship.

This year will be our fourth voyage, the first aboard the ​Blue Schooner Company ship – Gallant,​ bringing olive oil, salt, herbs, teas, nuts, honey and wine from Portugal and France to the UK and beyond. Our UK stops will be ​Penzance​, then ​Poole​ and ​Newhaven​, with Bristol later in the Summer followed by Ramsgate, London and Great Yarmouth in the Autumn.

Become a fellow sail-cargo-pioneer and invest in our voyage. You can order and purchase goods through our ​ 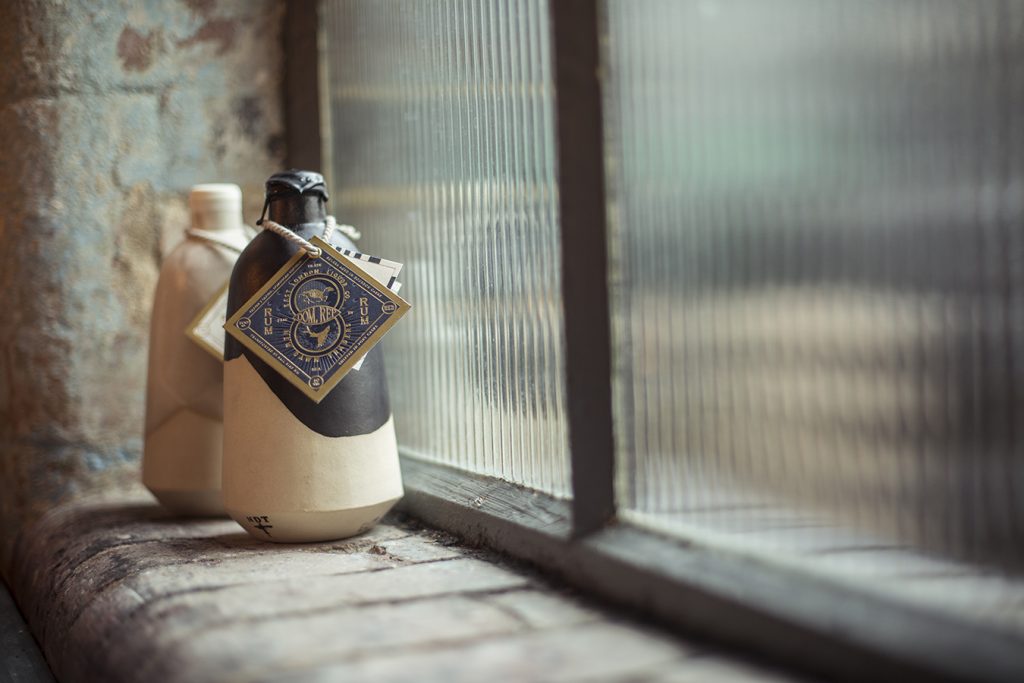