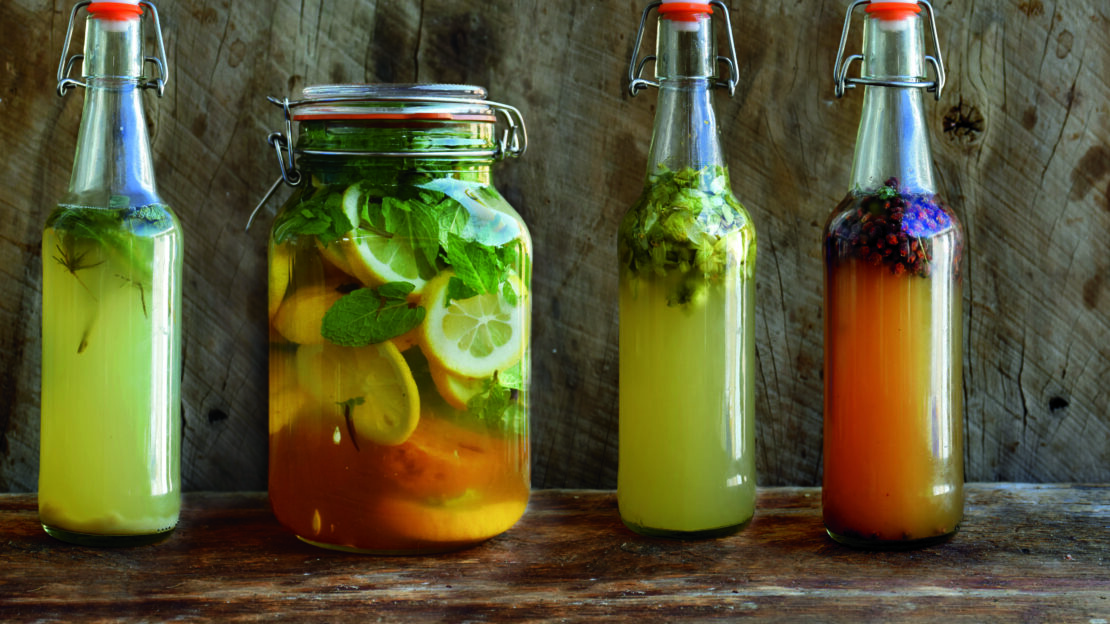 The art of brewing doesn’t stop at the usual ingredients: barley, hops, yeast and water. In fact, the origins of brewing involve a galaxy of wild and cultivated plants, fruits, berries, and other natural materials, which were once used to make a whole spectrum of creative fermented drinks.

The Wild Flavors of Belgium

During my last trip to Belgium, I decided to find and gather ingredients to make a true regional beer (gruit). In this case it was easier said than done, as my time was limited (5 days). It was early April, and I didn’t have anyone who could help me identify the right plants. In fact, I’d left Belgium so long before that I didn’t even know which plants were available locally. A quick online search for wild ingredients used to make traditional Belgian beers/gruits a long time ago indicated that I could potentially find such plants as wild rosemary, bog myrtle, yarrow, wormwood, ground ivy, dandelion roots, sea wormwood (Artemisia maritima), wild hops, and horehound. While I was familiar with a few of these, most weren’t ingredients I was used to finding in California. From experience, I decided to search for plants based on their environment, and each day I took a hike for a few hours in the local forests, near rivers, in areas surrounding lakes, and, just for fun, around the beautiful Belgian town where I was staying. Not only did I have a great time learning about local edible and medicinal plants, but I was extremely happy to find traditional brewing ingredients within a couple of days. I ended up using dandelion roots, which were plentiful in the farm fields surrounding the village; common wormwood (Artemisia vulgaris) and yarrow, found on the edge of a local river; and ground ivy from the nearby forest and my brother’s garden. One of the main area industries was making sugar from sugar beets, so I decided to use the local brown sugar. I used ground ivy fresh, as most of its lemony/tangy taste tends to fade when the leaves are dehydrated. The yarrow and wormwood had much less flavor than what I’m used to in Southern California, but it was early spring in Belgium, and I know the best time to collect both ingredients would have been during early fall. Instead of lemons, I used four stems of bitter dock (Rumex obtusifolius). Rhubarb stems would work, too (though not the leaves, which are toxic).

This beer ended up being quite nice and mild. It was not as aromatic as my regular mugwort-lemon beer, but it had a nice bitterness. This was my first time using ground ivy; next time I plan to double the amount and experiment with using the dehydrated herb as well. Having spent my childhood in the local forests, I felt a very strong connection to this brew. It reminded me that, as a wildcrafter, I was not fermenting ingredients just for flavors. Through the process of wild fermentation, I was really preserving moments in time, places, and memories. I’m sure it’s a beer my father would have loved to try.

During the festival, come and visit the Chelsea Green stall in the Castle Street Market and enjoy 30% off all our titles, including The Wildcrafting Brewer by Pascal Baudar. Explore our wide range of books on food, farming, fermentation, foraging and more at www.chelseagreen.com.