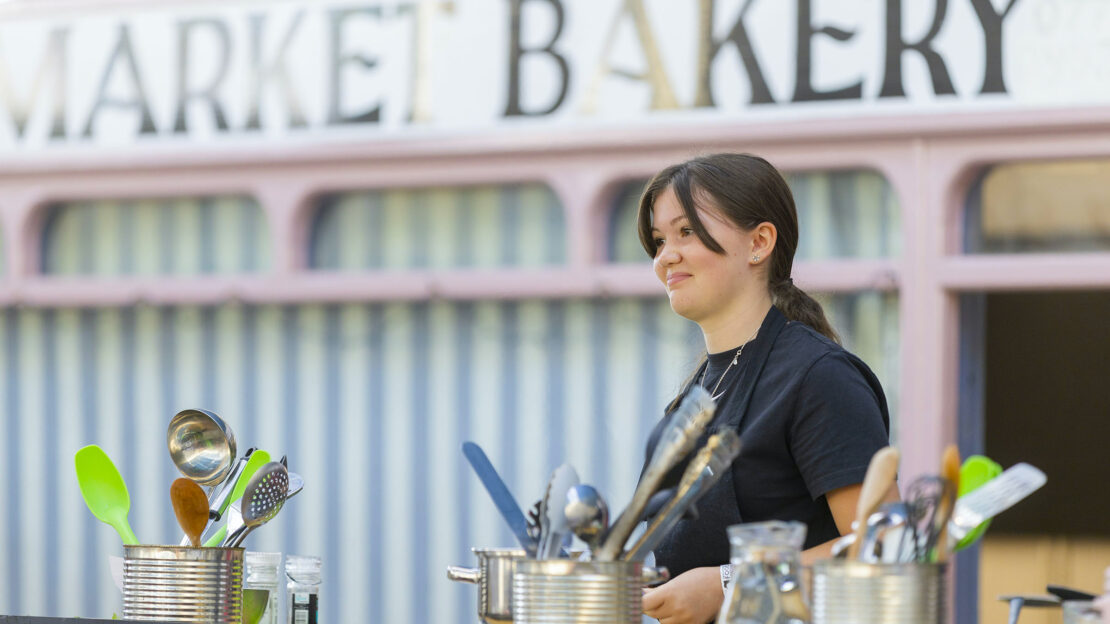 Congratulations to Ruby Paton (pictured above), who was crowned ‘Young Chef 2022‘ after a cook-off on the chef dem stage in Abergavenny’s Market Hall on Sunday 18 September. Amber Jones was named runner-up.

Amber Jones and Ruby Paton beat off hot competition from 14 other budding chefs to secure a place in the Final.Judges included Franco Taruschio OBE, Life Patron of the Abergavenny Food Festival. Club President Robert Parker said, “It is very encouraging for the future of the food industry in Wales that so many young people have a flair and passion for cooking.” Amber and Ruby will be on the Robert Price Kitchens Stage in the Market Hall on Sunday 18 September (9.30 – 10.10am). Do come along and support them. Who will be crowned Rotary Young Chef 2022?