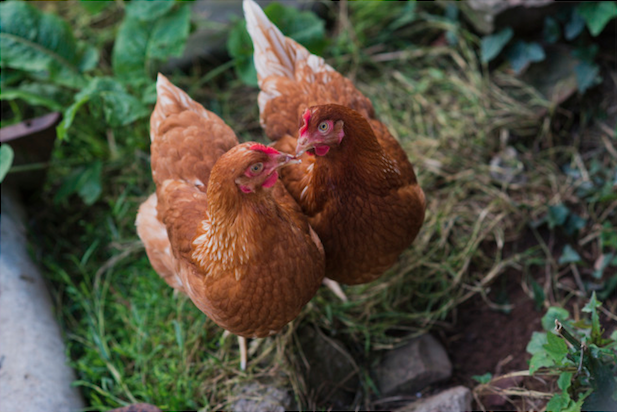 Photographer Jon Pountney, based near Cardiff, was selected for the Peak/Copa Horsebox Studio Commission at this year’s Abergavenny Food Festival.

Using archive photography as a starting point Jon discovered more about the smallholdings and farms, past and present, of rural Monmouthshire.

With a particular focus on the Llanthony Valley, Jon created an exhibition of new photographic work alongside archive images from the personal collection of Edith James of Treveddw Farm and from the Llanthony History Society.

The exhibition was displayed in the Horsebox Studio, situated in the grounds of Abergavenny Castle during the festival weekend on Saturday 16th & Sunday 17th September 2017. Writer Emma Beynon and poet Jonathan Edwards, delivered creative writing workshops for all ages, inspired by the The Living Valley.

“My discovery of the Llanthony Valley began as an exploration in the imagination, as well as in reality. An area illuminated by many artists and writers, the valley is very much a working space, crisscrossed by busy lanes and farms. It has been hard not to be seduced on these late summer evenings by the whirling swallows and dramatic cloudscapes around the Skirrid mountain; whilst trying to remember that in winter it can be a difficult and isolated place.

Treveddw farm has been in the James family since 1860. The first James to farm there was Edward, who was Edith’s great grandfather, followed by Alan James and then Cecil James, Edith’s father. Today it is looked after by Mark and Liz; Liz is Edith’s niece. The farmhouse itself and the barns and farm buildings are beautiful in that way that practical buildings are; patched and repaired over hundreds of years, building up a tapestry that has shaped the look of the place as much as any architect.

Edith has provided graceful, bucolic photographs of her family’s life. Photographing the same farm and lanes, I have sought to reflect the contemporary atmosphere of the area, whilst also acknowledging my own early life growing up in rural north Yorkshire and Warwickshire.

For me it is the smells of the buildings that are powerfully evocative, not just the farmyard smells but the shed where all the chopped wood is stored. When I was very small my Nan lived in a village in north Yorkshire and it is the humble garden buildings of her neighbours, Norah and Arthur, that the Treveddw wood shed recalls to me. Cool and dusty, with shafts of sun picking out the cobbled floor, it smelled of chopped wood, damp and bitumen. A totally timeless space, where imaginations were formed. I hope that places like this last forever.”

This article was originally published by Peak